A guide to… Chiswick

Chiswick has a fantastic High Street with a wide range of shops, boutiques, bars and restaurants. Along Chiswick High Road is where you will find more mainstream delights and other high street chains, however if you move away to the side streets, there are many local restaurants and coffee shops unique to Chiswick.

If you don’t fancy eating in a restaurant, The Food Market Chiswick is popular among locals, offering a selection of cheese, poultry and coffee among other things. Or, why not stroll along and settle in one of the lovely local cafes.

There are also a range of local pubs in Chiswick situated along the banks of the River Thames, perhaps most famously the Griffin Brewery, which has been serving pints of London Pride for decades.

Being so close to Central London, residents of Chiswick have access to all of the culture entertainment and excitement on offer, including exploring London’s West End. For those who want to stay in Chiswick, there is still a lively scene to be taken advantage of. The Headliners Comedy Club at The George IV pub makes for a great evening’s entertainment. There is also the Chiswick Theatre Arts which offers arts classes for all ages. For those who would rather indulge in more cultural activities, the nearby Tabard Theatre offers a range of plays and entertainment. Walking along Chiswick High Road you will also find the family run Fosters’ Bookshop, which houses a range of literature including old and rare manuscripts.

Chiswick has several interesting landmarks which are rich in their history. Chiswick House dates back to the Jacobean era, it was previously an asylum, but today the house is a Grade I listed building maintained by English Heritage. Chiswick also has several churches each with their own story, the eldest, St Nicholas Church has pasts of its architecture which date back to the 15th Century.

Private Schools in Chiswick include Heathfield House School, International School of London and the Falcons School.

If you are travelling via road, there is easy access to the M4 which will take you to Heathrow Airport and the M25. On the border of Chiswick you will find the start of the A460, North Circular, and the South Circular Road (A205). Chiswick is incredibly well connected meaning you can easily get to where you need to be. From Chiswick Heathrow Airport is 20 minutes by car and Gatwick Airport is 1 hour by car.

Chiswick is served by Chiswick Park and Turnham Green Tube stations which give access to Central London and Heathrow airport. Chiswick Train Station offers direct links to Waterloo in less than half an hour. In Chiswick there are three underground and two over-ground stations (falling across zones 2, 3 and 4). 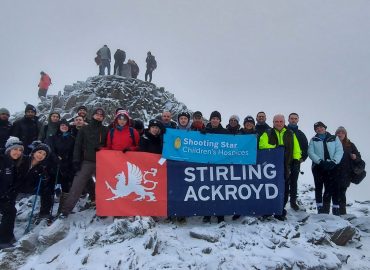 Since 2011, Stirling Ackroyd has proudly supported the needs of children and families at the Shooting Star Hospice, a leading… 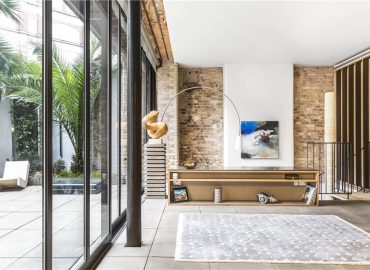 Dingley Place, London A unique property set in a modernist and minimalism style, situated within a rustic and beautiful Victorian…

Stirling Ackroyd are a local award winning estate agent selling and letting property across London and South East. With 35 branches, an office near you and local knowledge, you can trust us to sell or let your property.