Richard Evans has lived and worked in the Twickenham – and it’s little brother, Whitton – area his whole life. So have all of the staff that make up Stirling Ackroyd’s two local offices. So it’s hardly surprising that he would find it fulfilling to give back to his local community. And give back Stirling Ackroyd has.

“Whitton is like Twickenham’s little brother,” says Richard. “It’s one of
those places that over the last ten years has become increasingly popular. But
a lot of people that we deal with say still say they’ve never heard of it.

It’s part of Twickenham, but it’s its own little, secret gem.

“Townends was very familiar locally, so it was quite a shock for the community
when we rebranded to Stirling Ackroyd. I’d worked for Townends for an
incredibly long time and wanted to let everyone know that we were still here:
The name above the door had changed, but the people hadn’t. I wanted to show our
clients that had trusted us for many years our new flag.

“So, we sponsored Twickenham School’s basketball kit. The team look awesome
with our company displayed on their chests, proudly representing their
school in the local community and borough.

“We worked with our local primary school to sponsor last year’s Christmas
fair. We put up traditional, agency boards outside their houses for a generous sponsorship
fee. The whole town was flooded with red and white and griffins everywhere which was really great to see.

“We also showed support to a popular, local secondary school, Waldegrave
School. It’s an extremely well-regarded senior school for girls, that customers
regularly enquire about when they’re looking at properties in the area, so it
was nice to see our agency boards up, advertising their Christmas tree sale.

“Then, throughout May-June, we were again asked to sponsor the girls. This
time we put a board up outside the house of every student that was sitting
their GCSEs saying, ‘Good luck with your GCSEs and all the best from Stirling
Ackroyd’. That way every time they left the house they would get a little
message from us to put a smile on their face and give them a pat on the back.
Something we were really proud to have played a part in.

“Last month, we sponsored a local boxing club event at a school in Feltham. There
were families and children from boxing clubs all around the area and it was
just wonderful to see people from a variety of groups and communities come
together and support each other.”

So what does Richard feel about being ‘that guy’?

“I’ve grown up here and attended a local school. It’s just nice to be able
to be that person. It’s nice to be able to give back to somebody that was me 30
years ago.”

Supporting local schools and helping the younger generations flourish is:
“Putting back into our future” Richard continues.

“As far as I am concerned, that is the merit that I would like to take from
it.

“I’m here because I feel it’s a marvellous place to live and bring my
children up. It’s putting something back into that. In our industry, knowledge
is key. If you live in the area, then that’s half the battle straight away.”

“Being a local boy, I’m passionate about the area and proud to be able to show it off. I truly believe that has assisted me in marketing the area to new audiences over the years.”

Take a look through our site to find out more about Twickenham and explore the variety of properties it has to offer. 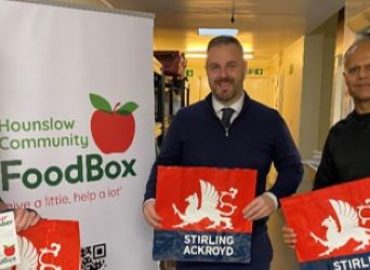 Last week, Richard in our Whitton branch was instructed by his client to sell his home. Whilst Richard was covering… 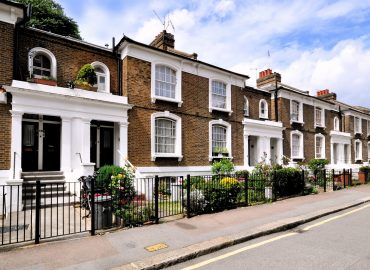 Stamp Duty Land Tax Cuts: What They Mean For You

On Friday 23rd September, the former Chancellor of the Exchequer Kwasi Kwarteng told the nation: “Cuts to Stamp Duty will…