Whether you’re looking for a fast train to London or an excellent school for the kids, Woking has what you need in 2022. Stirling Ackroyd’s local office is now reopened, following a recent renovation, so come on in and discover the joys of living in Wonderful Woking.

The birthplace of The Jam and setting of the opening scenes of the sci-fi classic The War of the Worlds, Woking is the perfect place to live if you’re looking for town life with a big personality.

From Woking to Waterloo in as little as 24 minutes, this Surrey town is one to watch.  With its fast-evolving charm and chic, common to the best of the developing London commuter belt suburbs, this home county destination is what the Evening Standard calls “wildly affordable” in comparison to neighbouring Guilford.

Woking’s architectural legacy may not be on par with other Surrey idyls, homes developed in the Eighties and Noughties abound, however the area is well worth a look for those that seek space, schools and excellent access to London.

ACCESS TO EVERYWHERE: Woking railway station is one of the busiest stations in the London commuter belt. On an average weekday there are around 250 trains to and from London. A convenient contactless payment zone,  a return fare is just £12.50.

Due to its position along the M25 motorway, commuting both into London and throughout the Home Counties by car is also very convenient. It is a half-hour drive from Heathrow Airport or 40 minutes by bus, one hour train ride away from Gatwick and has direct rail links to Bournemouth, Portsmouth., Southampton.

SCHOOLS: For growing families the local Hoe Valley Secondary School and Knaphill Lower Primary are both rated “outstanding” by Ofsted. There are also five pre-school nurseries in the area, including a branch of the Bright Horizons group.

TOWN SPACES: Woking’s town centre has recently benefited from a major regeneration project. Completed in May 2021 it includes a 125,000 sq retail and entertainment complex,  as well two ultra-modern buildings with 400 high-spec apartments – at 117 metres tall, Surrey’s biggest town is now its most visible as well.

Woking’s market is inextricably linked with London’s, and the average house price (3-bedroom, semi-detached house with garden) in the area stands at £525,000, however there are great options above and below that mark. On the higher end, expansive Surrey country houses are available for £2 million+.  Closer to the station, a four bedroom 30s design home will cost in the region of £700,000, and if new-build is for you, a flat can start from £220,000, with Help to Buy options available.

Woking has a modern and successful economy of its own – not everyone commutes into London! The largest employer in Woking is the McLaren Group – a company that manages McLaren Racing (McLaren Formula One racing cars) and McLaren Automotive, builder of the classic McLaren F1 and Mercedes-Benz SLR McLaren supercars. In 2011, the McLaren technology centre received a £50 million extension.Other companies in the area include, Alent plc, the UK and Ireland subsidiary of Asahi Breweries, and Ambassador Theatre Group, Fidessa, Capgemini, Petrofac, John Wood, and WWF UK.

FUN SPACES: There are plenty of local restaurants, pubs and theatres that offer the chance for some fun in this cosy little corner of the London commuter belt.

Our favourite places to visit when in Woking

Woking’s oldest pub: The Sovereigns on Guildford Road (1838); The Herbert Wells; Junction Tap and O’Neill’s. The Cellar Magneval; The Wheatsheaf on Chobham Road – an Edwardian inn on the green which crops up in The War of the Worlds. The Sands at Bleak House, facing Horsell Common on Chertsey Road, mentioned in The League of Extraordinary Gentlemen. For a great gastropub, the Inn at Maybury on Maybury Hill or The Anchor on Wisley Lane – lovely riverside setting. 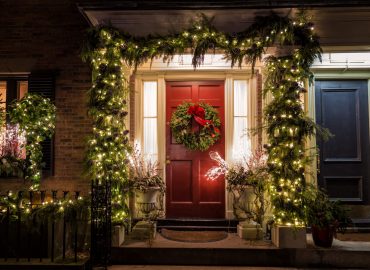 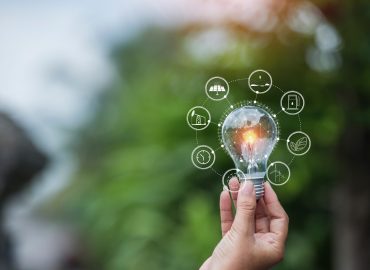 How Green Home Initiatives Can Save You The Earth